The cockerel didn’t crow this year 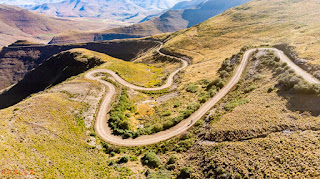 If I said it was a weird year I'm fairly sure there wouldn't be any dissenting opinions.

2020 is a year that will go down as a watershed for the world as we knew it. The rise of authoritarianism across the globe dressed up as concern for the well being of global citizens juxtaposed against the acceleration of the "age of outrage" as I like to call it has left us questioning our stance amidst these tsunamic onslaughts—I'm not sure if that's an actual word but I was reaching for a word that did justice to these particular facets of 2020 life. I'm not suggesting one or the other of these pivotal phenomena is right or wrong but I find myself in the maelstrom of the confluence of these events. My business has suffered and as a consequence the people I employ and care about have suffered. That's a hard pill to swallow. On the outrage front I am continuously reevaluating my privilege and my attitude to others not like me—it's an uncomfortable but necessary evaluation and constant reset.

But, as important as these issues are, this post is not about those events. It's about something far more arbitrary. It's about how the ebb and flow of life has been disrupted. The tidal change of summer slipping into winter. The long nights and short days yielding as warmth and budding trees splash colour over the starkness of winter. It's not that I don't like winter; bizarrely I normally do. Not for the cold that makes me appreciate my electric blanket or the manic scamper that follows the closing of the warm shower tap as towelling off and slipping on of PJ's, dressing gown and slippers happens at a pace that would be the envy of any fire chief. No, it's not necessarily the icy nights and desolate landscapes I miss. It's the adventure that has become synonymous with that time of year that I miss—It's Freedom Challenge season.

For the last 15 years there have been two particular harbingers that Freedom season is approaching. Firstly the autumn winds blow eddies of fallen plane tree leaves around my garden and into my pool. Secondly, the sound of a crowing cockerel can be heard as it carries across  from an nearby smallholding. As the first buds appeared on the plane trees this year I was aware that I hadn't heard a  cockerel crow this winter. Perhaps I'd missed it as I'd spent more time on my indoor trainer or I hadn't been up early enough and wandered into the garden before work as I used to. Either way, it occurred to me that this was the first time  in more than a decade of winters that I hadn't heard the cockerel crow.

With the Race Across South Africa rescheduled for October I gave it a seconds' consideration and then abandoned the idea. It wouldn't be the same race and besides, the weather would be much harder—you can layer up for the cold of winter but what do you do about the heat? I chose to ignore the fact that I race The Munga where the mercury nudges up well into the 40's.

There are myriad reasons why doing the race this year and at this time of year is a bad idea but what to do when your adventure heart yearns for the solitude and magnificence of the mountains and wide open spaces.

FOMO is a strange beast—it thrives in the absence of nurture or attention, it simply shows up unannounced dressed for a good night out. FOMO made me message Chris Fisher when I heard there were a few route changes. After all I like to keep updated on the route and was curious about the changes. At least that's how I initially framed it in my own head. The message was this, "Any chance I can buy a set of maps? Currently a 0.001% chance that I can do the race." From that message it seems clear to me that the idea of me entering the race was so remote that even before the message arrived on his device the idea had been discarded. Chris doesn't understand the statistical insignificance of a 0.001% probability and posted this on our race group, "Mike Woolnough is umming and ahhing about riding Freedom Challenge... who here wants to follow his dot? and WhatsApp antics? lets give him the push he needs !!!".

Happy to take the blame ;) Chris

Good blog Mike - especially the way you expressed the status quo at the start. While 2020 was a big reset, we all changed and have to look at how to go forward from here. Personally, I still hope to see you at next year's Recce Raid...

Well Mike maybe I will race you next year, a proper winter race, with lots of cockerels, shining stars, bowls of proper boerekos and the hakia of Stetteyns......