In memory of Andrew Bradford 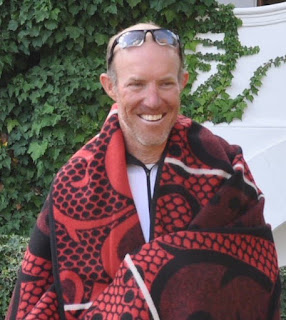 Thursday I woke to the news that a cyclist out with friends for an early morning ride had become the latest victim of a hit and run incident. The news updates that unfolded during the day prepared us for the worst. Friday morning the news was bleak, he hadn't made it through the night.

Tragedies like this sadden us. Those of us who ride are shaken to the core. But this was worse as it was close to home. Not only was it just up the road, but I know most of the guys riding in that group including the victim.

The story is carried as 'another cyclist has been killed on our roads' and online forums pour out sympathy for a 'fellow cyclist'. There's nothing wrong with that but to me, and others who knew Andrew Bradford, he was so much more than that.

When you have spent time with a person, when you have ridden with them and shared a joke, things are different. They inflate becoming so much more than just a fellow cyclist or a tragic statistic - they take on texture and become real people who, like us, are sons, husbands, fathers, and friends with a multiplicity of achievements, ambitions, dreams and failures.

I have followed Andrew's exploits over the years as he embarked on one adventure ride after another and have even raced against him. He, like me and a couple of guys he was riding with on Thursday morning, was one of a small group of riders who have ridden the Freedom Challenge.

Our last encounter was during an endurance race last year. When our paths crossed we took time out to chat. In the context of the race we were adversaries, but in our shared passion for riding we were fellow travellers.

What happened on Thursday morning was more than an accident. Andrews life was taken as a direct result of the reckless choice of an individual who, after colliding with him, fled the scene.

I am left with a feeling of profound sadness over Andrew's tragic death. Alex Harris summed up how many of us feel when he wrote: "I am a man of faith and serve a mighty God. A God of miracles and mercy and a God who is a father. But I can't pretend to know why things happen or understand the reason."

I echo the closing words of Alex's post, "The world is short of one less decent human being today. Andrew was an amazing husband and awesome father. A model man and quiet mentor. So sorry friend, but there is no more traffic where you are now. Don't hold back!"