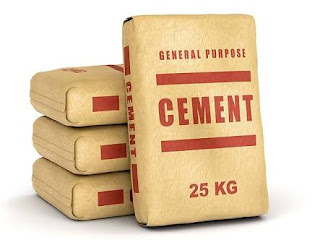 I would like to disclose that I do not get to ride The Munga for free. I pay my way like regular folk. While on the subject of disclosures I should mention that neither I nor my immediate family work for or have shares in Tiger Brands the makers of Oros Orange Squash... my race bottle juice of choice - the race supplement of champions :-)

Back to the real stuff...

Rope in some Race Snakes.

I have some riding buddies who are real powerhouses but are not endurance athletes. I like to organise occasional rides with them so that I get a reality check. It's too easy to assume you are going along at a reasonable pace on training rides when in fact you falling into the trap of LSD pace. As I said in the previous post, if you train slow you race slow. Going out with some short distance race snakes is going to help you stay race pace calibrated. That's not to say that you will race at their pace, rather that you will better understand the pace from which you will dial back to get into a long sustainable effort. Dialling back from low effort = no effort - you may as well stay at home.

Ride like a girl. Or rather, first think and reason like a girl when you enter races. Among my friends the saying "you are riding like a girl" is a compliment. We know many girls who give us guys carrots every time. I have been beaten by girls on both Munga's. There's no shame in that. Rather, there is respect for how tough the ladies are.

Over the two Munga events there has only been one lady who has not managed to finish the race and she is one of the toughest competitors I know. She just had a bad day at the office. On the other hand the number of guys who haven't finished runs into the many dozens. Why?

Guys are essentially a bit dumb and driven by sense dulling testosterone. For some I think the idea of hanging a Munga race board on the wall of their pub at home (or their metaphorical equivalent) sounds like a really cool thing to do so they click on the enter button. After shelling out some Rands they tell their mates and high fives are unleashed and beer caps popped and after a bout of mind dulling inebriation a mate or two decide to join in the fray resulting in a few wide eyed and totally unprepared riders sitting at the first water point on race day wondering what happened. Ladies on the other hand are more inclined to mull over the implications of the commitment. They think through the challenges and make the decision to enter knowing that it is going to be tough, it's going to hurt and tears might be shed but they are determined to finish at all costs.

Lads, if you are going to enter The Munga then stop and reason like a girl. Think about it chaps - bragging rights only apply to finishers.

I understand that the end of a long ride is always the hardest and there is nothing you want to do more than get off the bike and into a soothing shower. Toughness isn't dispensed for free at the local chemist or cement supplier. It's bought at a price and that price is discomfort. No matter how hard, far, or miserable your training ride is, it's always going to be easier than a tough day on The Munga. When you get to that part of your training ride where you decide on the route home choose the hardest and longest option. When you are sitting at home later that evening, after that soothing shower, you will realise that tough choices, if they don't kill you, make you stronger.

If I plan to do a tough ride I map out a gnarly route beforehand and if during the course of the ride I feel like death warmed up I stick with the plan and suffer through it. On race day there are no soft options - get used to it.